Very often I get questions from people working with GIS and mapping if it possible to do one thing or another using MicroStation. Since the people asking are GIS-people the answer will often be “you need Bentley Map to do that”.

In this post I would like to show a couple of functions that might be new for some of you and that could count as GIS-functionality.

Data Cleanup is found under the menu  [Utilities – Data Cleanup]. This dialog  contains a couple of classic topology functions which can be used to clean up messy geometries. 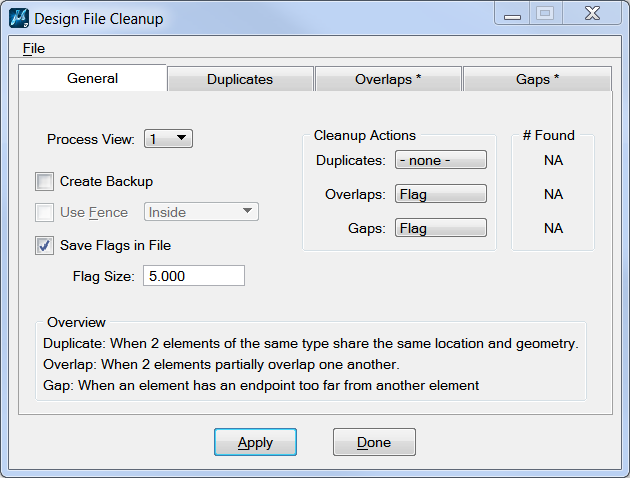 The dialog can be used to look for duplicates, overlaps and gaps. You can select to mark, delete och put the elements in a selection set.

In the example we have selected to mark overlaps and put the result on the layer Default using a red circle. 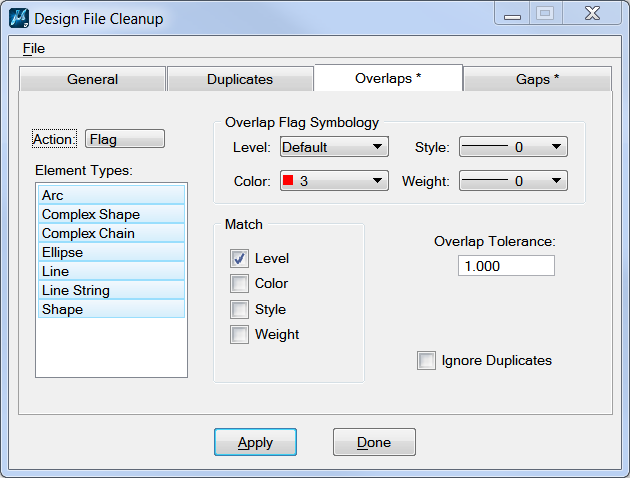 For many GIS-purposes arcs and curves can cause problems and linestrings is to be prefered. The functions is called Facet Curve and can be used to segment curvs, arcs and ellipses in different ways. 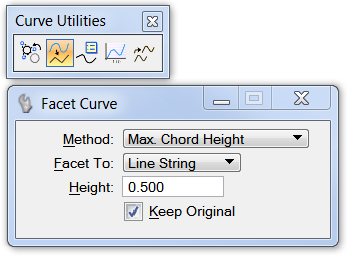 Method tells how the segmenting should be done. The options are:

The image shows the result using the different methods. Max Chord Height is the same as in Bentley Map and let the user enter how much the segment may differ from the curve.

Thematic maps is often used in GIS to illustrate different properties.  MicroStation CONNECT  has introduced something called Display Rules. With Display Rules it is possible to change the symbology of an element based on different properties. This could be geometry properties (area, length etc) or the property of an item. In the eaxmple all buildings has a separate color based on the the property BUILDING_TYPE. 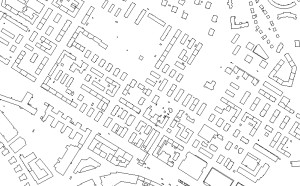 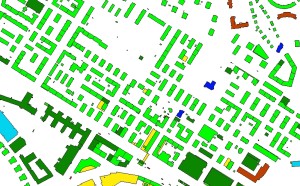 Read more about Display Rules in this article.

This website uses cookies to improve your experience while you navigate through the website. Out of these, the cookies that are categorized as necessary are stored on your browser as they are essential for the working of basic functionalities of the website. We also use third-party cookies that help us analyze and understand how you use this website. These cookies will be stored in your browser only with your consent. You also have the option to opt-out of these cookies. But opting out of some of these cookies may affect your browsing experience.
Necessary Alltid aktiverad

Any cookies that may not be particularly necessary for the website to function and is used specifically to collect user personal data via analytics, ads, other embedded contents are termed as non-necessary cookies. It is mandatory to procure user consent prior to running these cookies on your website.